Strange messages in the console

One of my students is playing with the demo version and getting some intermittent error messages in the console and can’t figure out what they mean. Any ideas why? See attached screen shot.
Thanks in advance! 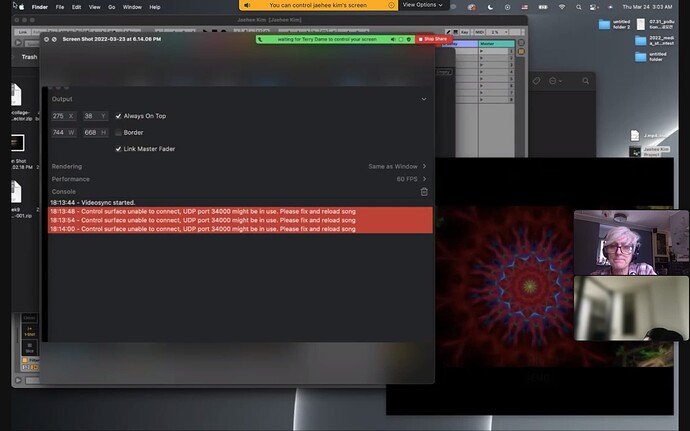 It appears that another application has already occupied UDP port 34000, which Videosync also uses. To find out which app that is, you can use lsof -i udp in the macOS Terminal. Even more useful is lsof -i udp:34000, as it will show results for that port specifically.
The applications are in the left most column, while the port numbers are in the right most column: 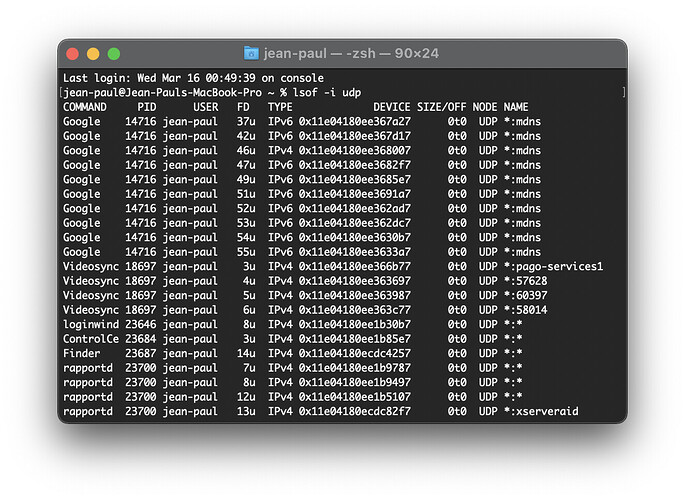 Could you let us know which app it was that’s occupying the port?