Hi! Currently I am making an installation consisting of an output monitor, a musical instrument and a video camera, which, with the help of Ableton plugins reads wave signal of an instrument changes effects associated with the video camera. How can all this be optimized so that my Macbook (2019 pro i9) does not explode and keeps a stable 30 fps (output monitor resolution 352 × 240).
So far, I can achieve a maximum of 5-10 fps with 1 effect.

Hi Haru, that sounds highly unusual. Using one video input, manipulating it with one effect and putting out 30fps at 352 x 240 should be peanuts for the machine you’re using.

If you could any screenshots or videos or even your Live Set, that would be very helpful. 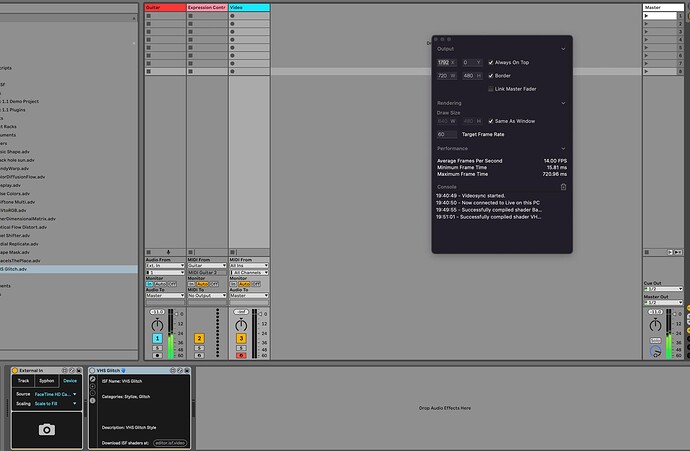 here are fps values on demo test. It drops after 15-20 secs of working 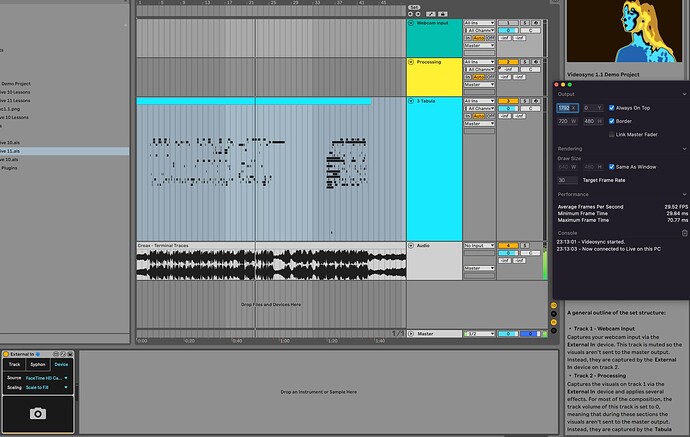 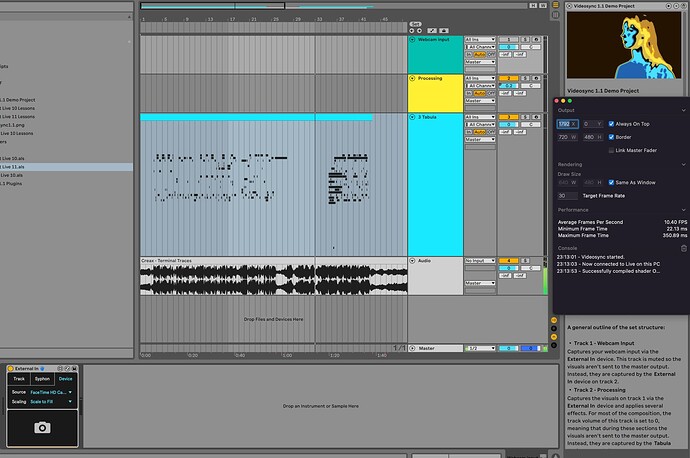 Thanks for your reply and the screenshots. Nothing from what you’ve shared so far seems out of the ordinary, other than the output frame rate. I’m leaning to think that the issue could possibly be caused by thermal throttling (something the 2019 is known to do when hooked to an external monitor) as you mention the fps starts higher, but drops once you start running the Demo Set.
I’m curious about the following: